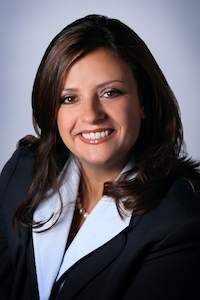 In a huge victory to the LGBTQ community and its advocates, the Supreme Court of the United States (the Court or SCOTUS) made clear that it is unlawful for employers to fire employees simply because they are gay or transgender under Title VII.  The Court reached that conclusion by finding that discrimination against gay or transgender employees necessarily implicates sex and sex discrimination is barred by Title VII. Specifically, the Court emphasized that “it is impossible to discriminate against a person for being homosexual or transgender without discriminating against that individual based on sex.”

The SCOTUS decision in Bostock v. Clayton County, which was written by Justice Gorsuch, provides various examples to explain how discrimination against gay and transgender employees is unlawful sex discrimination.  One such example is that if two employees, one a man and woman, are both attracted to men but only the male employee is fired for that attraction, that male employee would have been discriminated against because of his sex.  Why?  Well, because, in the simplest terms, if he were a woman, he wouldn’t have been fired.  Similarly, if an employer fires an employee who now identifies as a woman despite having been assigned the gender of male at birth while that employer does not fire an employee who was identified at birth as well as now as a woman, the employer would be penalizing “a person identified as male at birth for traits or actions that it tolerates in an employee identified as female at birth.”  The last example provided by the Court involves an employer who invites employees’ spouses to the annual holiday party.  Two employees bring their female spouse named Susan but one of those employees is a man while the other is a woman.  If the employer fires the female employee because she brought her wife Susan to the party but not the male employee for bringing his wife Susan, the employer would be treating the two employees differently on the basis of their sex.  In each of the examples, “the individual employee’s sex plays an unmistakable and impermissible role in the discharge decision.”

Although a significant victory for the LGBTQ community, this case will probably not be the last word on the workplace rights of gay, transgender, and other straight non-cis employees. That is because at the very end of the decision, Judge Gorsuch made clear that the decision does not address the interaction of employers’ religious convictions or free speech rights and Title VII nor does it interpret the impact of the Religious Freedom Restoration Act of 1993 on Title VII.

What impact will this decision have on New Jersey employees?  Probably not much because our legislature made it illegal to discriminate against gay employees in 1991 and transgender employees in 2006 when sexual orientation and gender identity and expression were added to the New Jersey Law Against Discrimination’s list of protected characteristics.

Contact Us
Practice Areas
Client Reviews
★★★★★
"Professional and Knowledgeable Attorney. At what was supposed to be the highest point in my career suddenly became the most harassing and lowest point of my career and I was passed over for a promotion. Not because the other person was more qualified than I was, but because I followed the law and did the right thing and the people I worked for did not like that. After researching several attorneys, my wife and I found Claudia, and the decision to retain her was the best decision we ever made. After explaining our case to Claudia, we found that she was not only extremely professional but a very caring human being. Throughout the entire process of our case, Claudia was there with us every step of the way. She explained every single proceeding that we had to go through and guided us, not only as a professional attorney in and out of court, but personally as a caring and understanding person. Because of her extensive working knowledge of employment and labor laws, Claudia was able to successfully resolve our case. My wife and I will always be extremely grateful for Claudia’s hard work and dedication, and we highly recommend Claudia Reis to anyone seeking an attorney who practices in employment and labor laws." John
★★★★★
"Professionalism, integrity, and determination. Outstanding representation! Chris Lenzo did an outstanding job in my employment discrimination case. He responded to my questions in a timely fashion, provided clear communication through each step of the process, and handled my case in an honest and straight forward manner. Chris’s expertise in employment law along with his hard work ensured justice would prevail in my case and got me the compensation I deserved. Likewise, Chris’s law firm staff was professional, courteous, organized, and effective. I highly recommend Chirs Lenzo’s firm to anyone with an employment legal matter in New Jersey or New York." Sofia
★★★★★
"Remarkable professional. I have worked with Ms. Reis and her firm for the past three years. During the consultation process, you will immediately experience her compassion as she offers suggestions and guides you through the difficult situation you are dealing with. Her attention to detail, timely follow up and candid manner ensured me that I was well-protected and represented. Ms. Reis always went above and beyond to protect me legally. She is a very strong and tough (when necessary) advocate for the individual she represents. Her support staff is equally diligent. I would recommend her without reservation." A.M.
View More
Submit a Law Firm Client Review